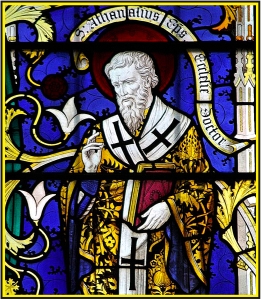 The name of our parish paper, Contra Mundum, comes from the Latin phrase “Athanasius contra mundum” meaning “Athanasius against the world.” This phrase described our patron saint even in his own time, as he stood firmly for the fullness of the faith.

Parishioners as well as many outside the congregation subscribe. To receive a printed copy of Contra Mundum by mail, email the editor, Susan Russo, with your address.

The three most recent issues follow. The archives with all of the back issues are here.